The 5-minute hack to boost your rehearsal efficiency 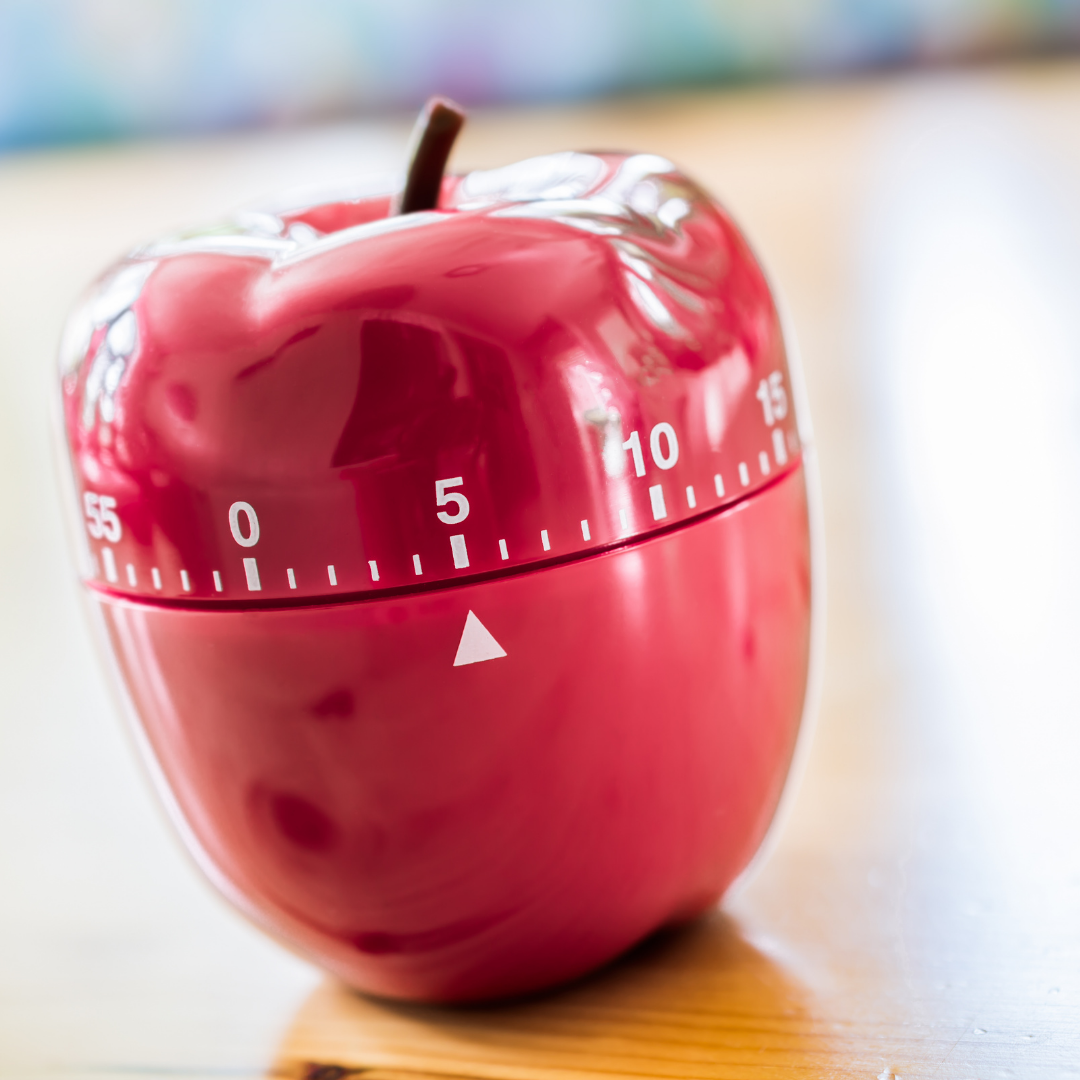 Learn a simple 5-minute habit that will drastically improve the productivity and planning of your rehearsals, whether you're super-prepared or haven't thought about the group and the music since your last rehearsal.

There's a key moment at the end of every rehearsal that has a surprising impact on what happens in the next rehearsal. Get it right, and you're setting yourself up for a killer, productive next session. Get it wrong, and you're headed for the kind of rehearsal we all dread...

You know what I'm talking about. When it feels like the previous rehearsal never happened, no one remembers anything and it's a drag. Or worse still, we don't know what's going on or what we should be doing...and we're supposed to be in charge. Eeek!

Let's zero in on this key moment.

How do you normally feel after a rehearsal?

The moment I put down my baton and close my folder I can feel anything from energised to exhausted. When I'm on the tired end of the spectrum the last thing I want to do is think about what just happened, or the next rehearsal.

Yet this moment, right here, is actually the key to whether the next rehearsal is super productive...or the stuff 1993 cyclical movies are made of. If you can hold out and invest the time even if you don't feel like it, future you is going to thank you - big time!

Let's fast forward to future you...

At the next rehearsal

If you had a choice between feeling consumed with dread, or excited and raring to go, how would you like to feel at the start of rehearsal? We all know the dread version...when you frantically ask yourself questions like:

That feeling of drowning in the music and having no sense of where you're up to is horrible, and debilitating. When you're in that anxious mindset it's really hard to do your best listening, conducting and teaching.

We'd much rather all feel like this when we get on the podium:

This simple 5-minute hack will have you feeling like success kid week after week.

Immediately after the rehearsal is when our mind is freshest about what just happened: what we did get done, and what we didn't, what surprises came up. You know, those realisations we have, like:

"I was sure they could play dotted crotchets, but they sure as heck couldn't today!", or

"Oh boy, those flutes sure cannot count rests in that passage" or, even the rarified:

"Wow, I thought that was going to take ages to get right, but it just came together so easily!"

We need to capture this information immediately. The longer we leave it, the more likely we are to forget some or all of what happened.

If you leave it a week until the next rehearsal (like I used to do often) you'll have almost no memory of what happened 7 whole days ago. We all know what that feels like.

For me, even delaying this until I get home or later in the day degrades the quality of what I can remember.

This is a simple, easy way to get down key information about the rehearsal you just did that will play a huge role in your next rehearsal. You want to record two key pieces of information:

‍Use simple ticks and crosses to mark what you did and didn't get through in your rehearsal plan.

‍Write down what you observed (any surprises), and what you need to add or change for your next rehearsal plan. Be as specific as possible:

"Warm Up: need to focus on quiet dynamics pp-mp"

If you're in a hurry you can mark the spots that need attention by:

If you can't do it straight away, doing this later in the day is still way better than nothing. Try to do it before going to bed though - it's amazing how much you forget after a good night's sleep!

Scenario 1: You've had a busy week. You rock up to rehearsal and haven't looked at your music, your plan or ANYTHING since the last rehearsal.

Even if you've done zero prep, you're going to have something that you can hang your hat on. You have a starting point for what you need to do, and are reminded of what happened last week. Phew! Thanks past self - you saved me from feeling anxious, and having a really unproductive rehearsal!

Scenario 2: Life is good. You've set aside time to plan your next rehearsal and here you are, ready to plan the lesson.

Here you've got an excellent starting point for planning a really productive next rehearsal. One that picks up where you left off and incorporates what you did and didn't achieve, and revises the work you did. Thanks for setting me up for success, past self!

Either way incorporating this technique after every rehearsal is a win-win.

Yeah, but does it work?

I've been using this technique for the last 6 months and it has transformed not only my rehearsal productivity, but also how I feel when I step onto the podium.

In the times when I've been super organised it has allowed me to get really specific about planning future rehearsals. I get to on the box incredibly confident, prepared and excited.

When I've been less on top of things this practice has saved my bacon. I can walk into the rehearsal, scan my notes I made after the previous one, and not re-invent the wheel or waste people's time. I won't feel nearly as good as if I'd planned. But I also won't feel lost, incompetent or like I should cancel the rehearsal!

How will you remember to do this? Set a reminder on your phone or smartwatch to go off 2-5 minutes after your rehearsal finishing time. Set this alarm to go off for at least 6 rehearsals in a row (eg. the next 6 weeks).

Low tech? Put a post-it note on your folder, notebook or baton case. Write it on the whiteboard in your rehearsal room at the start of your next rehearsal, so even if all else fails you'll remember when you go to wipe it off! (Or if you can, write it in permanent marker so you'll always see it).

Like this rehearsal planning tip? This is just one of many techniques we discuss in my live Rehearsal Planning Masterclass workshop. To get notified of when the next one is taking place, be sure to sign up to the mailing list below. You'll also get sent each blog post as they're published so you can keep up with all the conducting goodness. 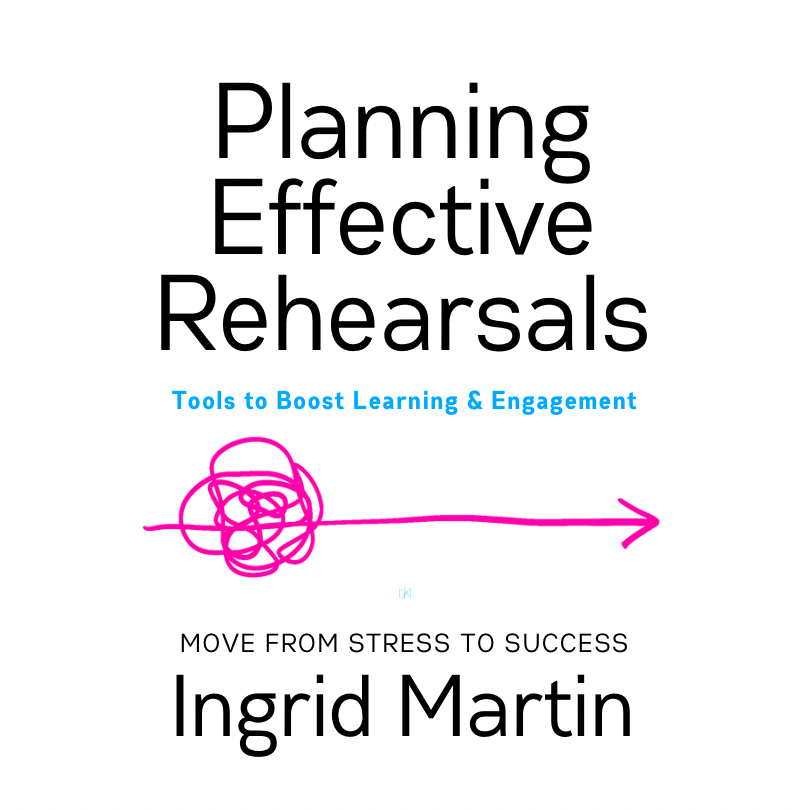 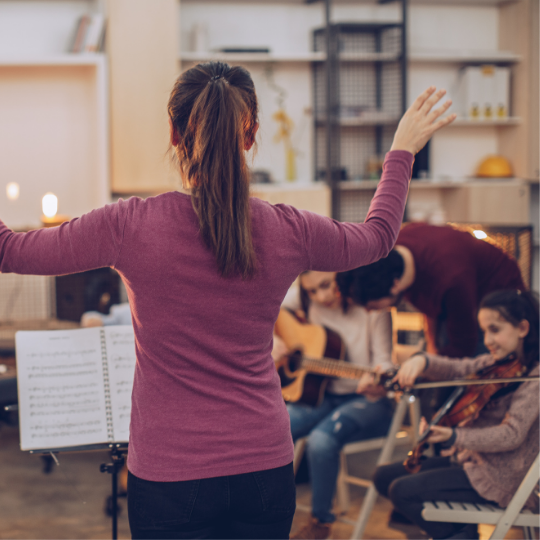 How will I go? Top tips for returning to in person rehearsals

Going back to in person rehearsals? Congratulations! Excited? Scared? Me too! Here's how to manage yourself and mentally prepare for going back, without burning out 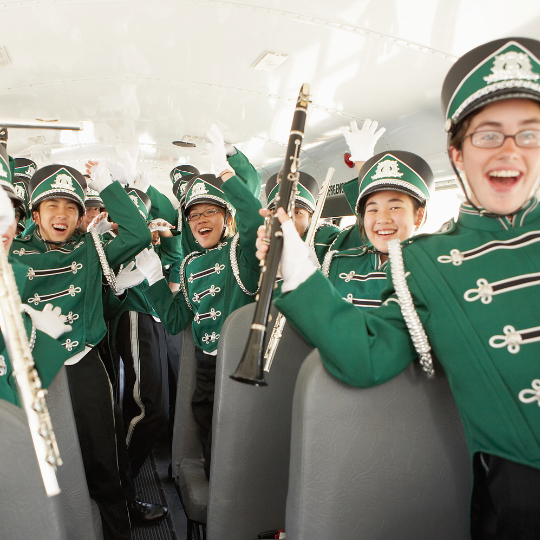 How can I plan for success? Top tips for returning to in person rehearsals

Going back to in person rehearsals? Congratulations! Here's how to plan for success, manage challenges and be realistic in your expectations.